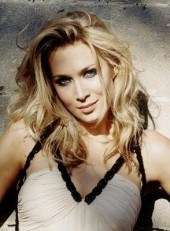 Natasha made her critically acclaimed debut with Grange Park Opera singing Jacqueline in Fortunio by André Messager; she returned to sing the roles of Governess in Britten’s The Turn of the Screw and Donna Elvira / Don Giovanni. She won the ‘M.O.C.S.A. Young Welsh Singer of the Year 1999’, and has since created the title role in Michael Berkeley’s new opera Jane Eyre with great success for Music Theatre Wales.

Roles with a number of opera companies include Musetta in Opera Holland Park’s production of La Boheme, Micaela (Carmen) at the Royal Albert Hall and First Lady in The Magic Flute with Glyndebourne Touring Opera. Opera North offered Natasha the opportunity to debut the role of Ilia in Tim Albery’s production of Idomeneo and the following year she sang Pamina (Die Zauberflote) for Opera Zuid. This summer she performed as Olga in Umberto Giordano’s Fedora at Opera Holland Park.

Natasha’s festival appearances include the Birmingham Early Music Festival and the London Handel Festival where she performed as Flavia in Silla (recorded by Hyperion). She has performed at the Beaumarais Festival and at the Teatro Calderón in Spain. Her oratorio work includes Tippett’s A Child of our Time under David Hill, the Messiah at the Arlosen Festival, the Mozart Requiem with the BBC Scottish Symphony Orchestra and Silete Venti with the London Handel Festival Orchestra at Windsor Castle. Natasha has performed the Mozart Requiem and Exsultate Jubilate with Harry Christophers and The Sixteen in Spain along with making her Proms debut as Israelite Woman in Handel’s Samson. She performs regularly at Raymond Gubbay’s classical evenings up and down the country and this summer goes into the studio to record her debut cd for EMI Classics with whom she recently signed a worldwide recording contract.

“It’s a real coup and a wonderful opportunity,” she says. “The repertoire on the cd will reflect my aim to make opera and classical singing accessible rather than let it remain elitist. There will be a combination of core opera such as Catalani, Verdi and Monteverdi and contemporary pieces of music which include one or two film themes such as ‘Il Postino’ and ‘Romeo & Juliet’.”

Copy the code below to paste the banner to your profile!