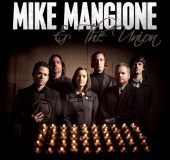 Location:
US
Type:
Artist / Band / Musician
Genre:
Acoustic / Soul / Folk Rock
Site(s):
Site
BioConnections
ATMOSPHERE
Army Of Me
Michael McDermott
Peter Mulvey
Jon Troast
Cedarwell
Kacy Crowley
Danielle Gasparro
PATCHWORK
Chris Simmons
Steel Bridge SongFest
Sulek
M. Cellitti
Acoustic Chicago
Somewhere between indie and folk, between poetry and introspective musings, one finds Tenebrae, whose title -- Latin for shadows -- perfectly sums up the feel of this set. The album revolves around relationships and the emotions that feed and sap them, of those who want out, those who want in, and those who are torn between leaving and staying.

Conflict between lovers is the set's thematic crux, the "Great Divide" that Mike Mangione is forever attempting to bestride, the details of which are mostly sketchy, but the repercussions and emotions they evoke as sharp as glass. And it's those emotions that wash strongest over the set, although the lyrics linger. Like all good poetry, one's meant to luxuriate in the beauty of their structure, the lovely twist of the words, and the hidden meanings occasionally found within.

The music provides plenty of scope to immerse oneself in the vocals; it's a sublime backdrop that provides support for, but never overshadows, the lyrics. The warmth of the sound, the shadowed melodies, the rhythms that add urgency to the words, and the depths of mood the strings subtly add, all feed the pensive air of the set. A sublime album to be enjoyed at leisure, a late night pleasure or rainy afternoon delight. ~ Jo-Ann Greene, All Music Guide

Song pick of the week, “You Don't Wanna Leave”.

“Tenebrae is completely against the spirit of the time and therefore has become timeless.”

“A beautiful, melodic record…a definite must have for any fan of folk and Indie music genres.”

You Were Beautiful Once || Mike Mangione || A Love Your City Session

Mike Mangione & the Union -- Somewhere Somebody