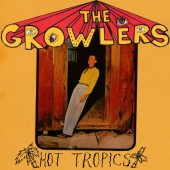 Location:
costa mesa, California, US
Type:
Artist / Band / Musician
Genre:
Psychedelic / Tropical / Country
Site(s):
Site
BioConnections
The Living Suns
My Pet Saddle
The Japanese Motors
Mr. Shovel
SONS AND LOVERS
Grand Elegance
Gantez Warrior
Some Days
Kyle/ IyahTrIbe
the GROWLERS 1
EliHew / South Side IyahTrIbe
the GROWLERS 2
the GROWLERS 4
matt Israeli cool
the growlers 5
the GROWLERS 3
The growlers are a rock and pop group formed in long beach California in 2006 who are yet to became one of the most commercially successful and critically acclaimed bands in the history of popular music. During their years of stardom yet to come, the band consists of Brooks Nielson (vocals) Scott Montoya(bass guitar, vocals,), Matt Taylor(lead guitar, vocals) and Brian “don’t surf” Stewart (drums, vocals). They were managed by their own alter ego Epstein until his death in 2009. Although their initial musical style was rooted in 1960s rock and roll and skiffle, the group works with different musical genres, ranging from ice flossing hip hop to psychedelic rock.
Their clothes, style and statements have made them trend-setters. While their growing social awareness saw their influence extend into the social and cultural revolutions. During the release of their first album and their ongoing singles releases, they have experimented with recording techniques that have the ability to bend sound in ways only drugs can. By now this “bent sound” has been perfected in their live act that some onlookers call “groovy” and or “sick”.
The groovy unexcelled value in Lo fidelity sound is their stock and trade. They are the result of a combination of skilled modern engineering techniques and the very finest outdated recording and amplified equipment.
The Growlers sound is best exemplified through Nielson’s cryptic lyrics and the relationship it has with matt Taylor. As if the two are each other’s half. Though they complete each other, they compel and challenge one another in ways only the frequent growler fan can truly understand. Perhaps it is what the growler fan feels while taking part in the drug wave of bent sound.
-ALEX KNOST

YOU CAN ORDER THE 12" BY CLICKING ON THE PICTURE BELOW.

The Growlers - I'll Be Around (Official Video)

The Growlers - "I'll Be Around" (Official Audio)

The Growlers - "Change In Your Veins" (Official)

The Growlers Interview
▶ View All Videos