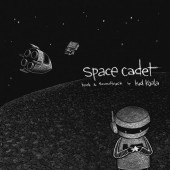 Back in 1996, Kid Koala became the first North American artist signed to UK label Ninja Tune. In the years that followed Kid Koala released a string of remixes and toured North America with fellow Ninja artists: Coldcut, DJ Food and DJ Vadim. But it was not long before his skill, innovation, and performance style led him to attract attention from those outside the club community. In 1998, he was invited to join Money Mark’s band, and then went on the road to open for the Beastie Boys on their "Hello Nasty" world tour.

In 2000, Ninja Tune released Kid Koala’s debut album “Carpal Tunnel Syndrome” which received international praise by the press for having defied expectation. The album featured a video game and a 32-page comic illustrated by Kid Koala himself. Following the release of the album Kid Koala toured extensively in North America and Europe as a member of groups such as Deltron 3030, Lovage, Bullfrog and on his own, opening for some of his favorite artists, Radiohead and Bjork.

While on the road, Kid Koala kept busy with pen to paper, illustrating a 350-page book called “Nufonia Must Fall” which was accompanied by a soundtrack that he composed on the piano. Shortly after the release of this book came the release of his second album, “Some of My Best Friends are DJs” complete with a 50-page comic book and mini chess game. This album was supported by a cabaret-style tour known as “The Short Attention Span Theatre”, which featured 3 DJs on 8 turntables, a slide show and a bingo game among other quirky surprises. Following this tour Kid Koala performed DJ sets in Australia, Asia, Europe, Russia, North America and South America, all the while working on a new book.

Kid Koala most recent release on Ninja Tune was, “Your Mom’s Favorite DJ” in 2006. On this record he shows that his chosen means of the turntable) is used not as a way of showing that he can do faster crabs than anyone else, but as a way of telling stories. Although there is the romance, silent movie comedy and swing that your mother may well smile at and even shake her booty to, the enthralling deftness and complexity you’d expect from Kid Koala is also here - woven together with classic hip hop beats, breaks and generous swathes of heavy guitars.

In 2009, Kid Koala put together 3 “Music to Draw To” performances in Montreal. Basically, he invited people to come and draw while he played records. There was no dancing allowed, but people could enjoy a free cup of hot chocolate, purchase some treats and either draw or do some writing. These events where initially created just for fun, but they became a huge success.

The success of the “Music to Draw to” performances like his other conceptual shows have made it clear that there is an artistic community out there that is looking for more of a marriage between music and the visual arts. As the series progressed, he received more and more requests for us to take our event to other parts of Quebec, North America, Europe. Even South America and South Africa.

Currently Kid Koala is embarking on another journey, that of presenting a project called “The Slew” – live with the former rhythm section of Grammy Award-winning Australian rock band Wolfmother. Featuring drums, bass/keys and DJs working across a truly excessive six turntables, the set with feature raw guitar cuts and heavy beats on a one-time-only tour across North America.