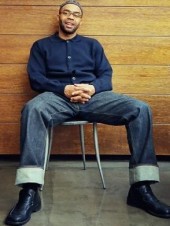 Gigs are listed on WWW.KENNYGARRETT.COM

Kenny Garrett is an American post bop jazz saxophonist and flutist. He was born in Detroit, Michigan in 1960. His father was a tenor saxophonist.

Kenny's career took off when he joined the Duke Ellington Orchestra in 1978, then led by Duke's son, Mercer Ellington.

In 1984, he recorded his first album as a bandleader, Introducing Kenny Garrett. From there, his career has included 11 albums as a leader and numerous Grammy nominations.

Garrett's music sometimes exhibits Asian influence, an aspect which is especially prevalent in his 2006 recording, Beyond the Wall.