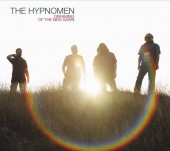 Location:
Helsinki, FI
Type:
Artist / Band / Musician
Genre:
Psychedelic / Alternative / Funk
Site(s):
Site
Label:
Stupido Records
Type:
Indie
BioConnections
Dungen
The Flaming Sideburns
The Soundtrack of Our Lives
David Axelrod
Malo
Hidria Spacefolk
Aavikko
Sami Kukka
John McGregor
Liekki
Träd Gräs och Stenar
The Five Corners Quintet
Eric Malmberg
al kooper
Timo Lassy
Karkkiautomaatti
Saimaa
Ektro Records
Laika & The Cosmonauts
Honey B & T-Bones
Stupido Records
O Samuli A
In the beginning there were two men, guitars and a drum machine. Through the fog of asinine rhythms and primitive melodies trudged a vision of a real band, with a name and a mission. The Hypnomen was to spread the pagan gospel of instrumental rock and the unholy teachings of Master Link Wray all over creation. This was 1994. Soon the band expanded to a three-piece and used some crude gear to record their first noisy outbursts recordings. These were released on vinyl before a single note had been played in public. The trio soon found itself in the strangest places: As the house band for a Swedish game show, recording studios, rock clubs and festival stages. Supersonico, the debut album, was released in 1997 as a definitive document of the band's primitive early history.

The new millennium was upon us. A metamorphosis for a better future met the Hypnomen after the release of one LP, one mini-LP and a batch of rough little singles. The garage trio gave way first to a groovy quartet and, later, a quintet. Instead of earwax-scorching guitar noise, the new Hypnomen concentrated on the essential: The rhythms and colours produced by an expanding consciousness. On the Watusi 99 album, released in 1999, the band used a palette consisting of cool soundtrack tones and the following year's Trip with Satan was on fire with latin a go-go. In 2002, Andromeda Airport took all that had gone before and stuck it in the blender, somehow managing to produce a sense of cohesion. Two years later on their fourth album Crystal Skies, The Hypnomen added lush psychedelic soundscapes into the already rich mix of sonic ideas.

Now The Hypnomen is, musically, exactly what it wants to be. An acidic juggernaut floating on a heavy groove. The sound, drenched in Hammond organs, fuzz guitars and percussion brings to mind the timelessly radical past of rock music- yet, their energy and vision is totally geared for the future. Afro-headed funksters, ambassadors of love with their droopy moustaches, mohair-suited hipsters, hippie chicks drugged on freedom rock,space-age psychedelians and the children of tomorrow are all heroes in the Hypnomen's instrumental cosmos. The Hypnomen are not ashamed of their good taste, stylish record collections or sense of history. They use all this to make good music. March 2007 it’s time for their fifth full length album. Record is named aptly Dreaming Of The New Dawn and it’s definitely their deepest, most ambitious and even bombastic work so far. Hypnomen are lovers of music, who play for people who love music. We wish you love and heavy, heavy vibes.

the hypnomen - altamont boogaloo (from 45)

Hypnomen - the pendulum
▶ View All Videos