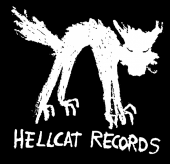 The Boston bred punk band Street Dogs return to champion the working class and to re-ignite punk rock with their finest and most urgent record to date, their self-titled fifth studio album, due out on August 31 via Hellcat Records. Co-produced by bass player Johnny Rioux and Rick Barton and engineered and mixed by Jason Livermore (Rise Against, NOFX) at the infamous punk rock recording studio The Blasting Room in Fort Collins, CO., the self-titled Street Dogs album is a vigorous testament to the band’s longevity and ability to write inspiring punk rock that touches the soul and raises the fists.

Celebrated Bay Area punk legend Matt Freeman of Rancid and Operation Ivy fame will release the long awaited, self-titled debut album for his side project Devils Brigade on August 31 via Hellcat Records. The bass player has assimilated a touring band to join him this fall when they hit the road with labelmates Street Dogs on a US tour.

The Slackers - The Great Rocksteady Swindle OUT NOW!

New York’s eclectic sextet The Slackers will make their triumphant return to usher in the next chapter of ska with the release of The Great Rocksteady Swindle on April 20 via Hellcat Records. Featuring classic cuts like "Cheated,” "How It Feels” and "Thank You,” The Great Rocksteady Swindle retains the band’s unforgettable musical style while also adding fresh and vibrant elements to the music on tracks like the roots-rocker "Sabina” and the gritty "Bo Evil.”

GBH - Perfume and Piss OUT NOW!

After years of speculation, groundbreaking English hardcore band GBH has announced plans to release their eleventh studio album, Perfume and Piss, via Hellcat Records on April 6. There isn't a self-respecting gutter punk, hardcore kid or subcultural miscreant alive who hasn't seen the GBH logo emblazoned on the back of a leather jacket, a denim vest, or a torn-up t-shirt. And now the world will be slapped upside the head with another reminder as to exactly why GBH is so important, in the form of Perfume and Piss, the legendary and iconic punk band's first album for Hellcat Records.

The best of hip hop and hardcore collide with the release of Danny Diablo’s new album, International Hardcore Superstar, due out on Hellcat Records on Oct 6. Part singer, part actor, part entrepreneur, Diablo, AKA Lord Ezec, is an underground virtuoso with one foot in the New York hardcore scene and the other in thugcore hip hop. Not for the timid or weak, International Hardcore Superstar brings the heat with a blending of thick body rocking beats, heavy guitar riffs and confrontational in-your-face rhymes that’ll leave you moshing, shaking your ass or both.

The Creepshow - Run For Your Life OUT NOW!

Lock your doors, turn out the lights and say your prayers because The Creepshow is back with a fiendishly fresh new joint that’ll leave you trembling and begging for more. A follow-up to their critically acclaimed debut, Sell Your Soul, Run for Your Life delivers 10 country-tinged punk rock shockers straight from the underworld. From mournful rock n’ rollers to scream-along boot stompers to raging punk fueled anthems, this record will cure what ails you.

On the 12 tracks featured on the album, ORANGE broaden their musical spectrum. The Los Angeles-based foursome draw on diverse influences and stretch themselves musically and lyrically, mixing genres and trying to create a unique sound, something they do most notably on the first single “Standing Still.” The band still knows how to have fun, however, and old school ORANGE fans definitely won’t be disappointed by “Everything I Need,” “Happening Today” and “Sunday Night.” All three tracks are laced with outstanding choruses and all are utterly anthemic and optimistic, while The Clash-influenced rocker “Desperation” shows a darker side of Dexter.

The Aggrolites - IV OUT NOW!

The Aggrolites have a specific way of making music. They don't over think it, they don't obsess over pop culture demands, they walk onto a stage or into a recording studio and let "it" happen - a culmination of inspiration - from the road, from playing along side music legends, and from the energy and motivation of their die hard fans. A new album is out now and they call it IV. It is a definitive chapter in The Aggrolites journey with 21 tracks; each one a story of their struggle to thrive and their quest to spread soulful music around the globe. So, when you are in the mood to drop your troubles and kick your baggage to the curb, call on The Aggrolites. Forget yourself and feel the dirty reggae!

The Interrupters - "By My Side"

My Personal Top 5 on Hellcat Records

Lars Frederiksen And The Bastards - "To Have And Have Not"

Lars Frederiksen And The Bastards - "Dead American"
▶ View All Videos