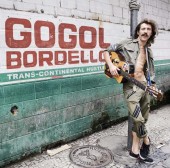 There are many of us for whom music is an irreplaceable part of life. We rely on it to take us out of sadness, pressures of poverty, youth, age, etc. Mixed with alcohol it seems to be a remedy for just about anything, be it a rapid fire of notes exploding in catharsis all over the major key, or an obsessive marathon of soul-searching sounds crawling around minor key. it all appears somehow more solid and present in our lives than materials, something we can always address and hold on to. At its best, music connects us to a feeling as large as the whole goddamn universe itself.

Of course, sometimes, when sober, we can say, "Well, after all, it's just music." Yet everywhere you'll go, in every culture, you'll see its major royal presence. Some say with a straight up claim that music is the essence of life (for example: Wlodzimier Staniewski with his theatre group Gardzienice (Musicality of Earth, or see Praktyki teatralne W. Staniewski Test, Lublin, 97, Poland)); I join in with them. Others see it more as an enhancing luxurious amusement-like activity. Sure, I'm down with that too, but one way or another, both positions advocate its primal positive powers.

Often you will hear people talking about a concert they've experienced for years! Why? In Gypsy mythology they say it is memorable because the devil visited that room; others say the other guy was there. But one way or another they all link it to supernatural.

Considering its power, it is not impossible to think of music making as a sacred art discipline and, for example, in anthropological tribal studies, the medicine man functions are not really differentiated from musicians. But let's not get too anthropological on your ass. these are just elementary streamline reminders of musics rocking good and what it could do.

But instead, saturated with garbage, airways discredit this art and separate people from the power and meaning of music. Rivers of meaningless puke are poured into ours ears on daily basis and many forget to even think about music as of a major source of energy, joy and inspiration. and fucking heat, too!

As a matter of fact, it has been turned into something that steals our energy and replaces it with stress and discouraging examples of what making music leads to. All kinds of false notions of joyless, artificial, pseudo-mythology are now firmly attached to it. Celebrity lifestyle, VIP status, acting like an asshole - all these notions seem to be inseparable from music making these days. Many fall for it just to be spat out with a raped and destroyed sense of self-worth. Kids start bands often motivated by fame alone. Of course, many great famous brothers, like Stravinsky or Josef Boyse, for example, succeeded in turning fame into a vehicle of positive energies and spreading great progressive shit. But it is perhaps, worth to mention that mechanics of modern fame have changed from its original oral tradition drive, which produced legends, anecdotes, good word, etc. Mechanics of modern fame are fueled by media and media alone and nobody in their fucking right mind, of course, would start passing legends about, for example, The Strokes. or their twin sister Britney Spears.

But getting back. it is as easy as one plus fucking three. The more sources of inspiration you have, the better off you are; the happier you go through your day towards a more enjoyable night; the better you generally walk through the fire; and so on life-ward to the next drink (Russell's 'Strategies of Being'). But economics these days so strongly rule the arts, and for obvious reasons favor English-speaking product, that it does not provide you with any info on actual real music at all. Even if you are a curious soul and ventured out to get something different, you very well end up with Buddha Bar or Putamya record products which promises you something exotic but basically are traps for yuppies who would like to fancy themselves cultured. That is basically like attending a belly dance class in Wyoming with the hopes to understand Muslims. Even if a good artist shows up on a compilation like that, after a label's re-mastered his work he comes across as nothing but an ass-licking background singing for Starbucks coffee shop. This situation also prolongs total ignorance and confusion. You'll find millions of people not knowing if they support or oppose Globalization simply because they dont know what it means, or, thanks to great products like Global Lounge compilation, you will find people who celebrate Globalization. And you‚Äôll think, "Wow, man, I never thought that new Colonialism can be such a great cause for a party."

Favoring of white, English-speaking product is often explained by patriotic or simply stupid arguments like, people can really understand this song. This is total fucking bullshit, for every scientist will tell you that sound is the purest form of information. The language barrier in the context of music does not exist. And majority of power is contained in fingers of a player and in the tone of his/her voice. This is why the emotional message of music is so instant and human. That's why the voice of Johnny Cash or Vladimir Visotsky goes unstoppably through anything to anyone, and meaning of music stands up in its full pride. Of course, lyrical content of a song may take it much higher, but not knowing English never stopped millions around the world (including myself) from growing up on rock 'n roll. So if you dont mind an extra fuel for your life you just may have to make music research your task, for information on good music is not provided, and not searching for it is basically stealing from yourself. Fortunately, most of us live in places where information, if not provided, is still accessible without riding a horse for a week. In some most animalistic highs, sometimes I dive with my ribs open out from the stage onto the table full of glasses and bottles. I'm pretty sure that if I would do it in silence, I would perhaps go straight to the hospital.

With our music, and music that we popularize, we try to reach out and remind people that, when taken out of the hands of a parasite, music is still a great lead into a democratic atmosphere of chaos, where moments of great freedom and where great friends could be found. And that in the world of rapidly dissolving authentic cultures, soul-searching through the music is something that connects you with the most authentic thing there - your savage heart.

P.S. And so to answer many questions at once, here is a list of music that we recommend and keeps us company on our tour bus and everywhere else we go: http://gogolbordello.com/hutzovina/recommended/

Of course we cant provide you with detailed information on where to get each and every album, for we are not a shop, but the albums recommended here are solid from the beginning to the end for the most part. It is a matter of individual feeling if you go completely nuts for it. Keep in mind also that many fantastic things are not mentioned simply because they are part of our previous or next tour bus collection. but if used wisely and with a good awareness of a sequence this collection alone can make you the best DJ in your fucking hemisphere!

Finished Aug 2003, Friday night, NY. all music is fucking yours.