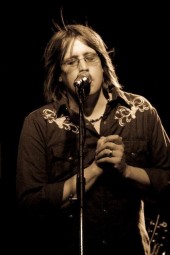 dream that has never died. Since he was 13 years old,

he has touched hearts with his voice and his magical

charm. He has a love for people, a zest for life, and a

passion for country music! He worked several years as

a social worker for people with disabilities.

Tim moved to Nashville in 2002 with the love of his life, Roberta.

his first publishing deal with Platinum Pen Publishing and landed his first cut,

"The Bible and the Belt." on Bucky Covington’s debut album. Due West is his priority and he is certain that they are well on their way to the top. for more about Due West- Duewest.com