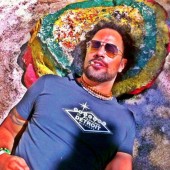 "A fight is going on inside me. It is a terrible battle – between two

"The other wolf stands for honesty, kindness, hope, sharing, serenity,

"This same fight is going on inside you, and inside every other person,

grandfather, "Which wolf will win?"

The old chief simply replied, "The one you feed."

I Took this while spinning at the Rex Club in ParisThe beautiful Marseille coastline, can you see the bus on the right?

Another pic of Marseille's waterfront

Few artists have gone as unrewarded and unrecognized for their contribution to the development of an infant genre as much as Thomas Barnett. As Derrick May's original partner in Rhythim is Rhythim and 50% investor of the label Transmat, Thomas was responsible for one of Detroit techno's defining moments as the co-writer/producer of the ground-breaking "Nude Photo", yet few people outside of the scene's inner circle even know his name.

Barnett came to music early, writing songs in his bedroom before he even reached his teens. By the age of 13, he was drawing a crowd as the DJ at a local arcade, spinning a mix of Kraftwerk, Funkadelic and electronic disco hits such as Lipps Inc.'s "Funky Town". Within a few years he had taught himself to play guitar, bass, drums and keyboards, forming his first band Prevoice in 1983.

When Prevoice's drummer left a year later, Barnett replaced him with a drum machine and spent long hours learning to program it. The band apparently had "dreams of being on MTV and playing in arenas" but, as Barnett confesses, "the underground seemed to have an equal appeal."

It was through Chez Damier that Barnett was eventually introduced to May. Soon he began dropping over to May's apartment on Second avenue & the pair would play each other snippets of tracks-in-progress or chat about ideas. This led to their embryonic Rhythim is Rhythim partnership and, of course, "Nude Photo".

"Nude Photo" finally emerged early in 1987, sounding like it had just dropped intact from another planet. Though May now regards it as his least favorite track, it was pivotal in the schism which separated techno from its musical antecedents. The seductively alien, wildy abstract sound that they had conjured up represented a profound break with everything that had gone before- Motown, Kraftwerk, funk, disco, electronic pop- and suddenly techno was launched into a developmental curve which has yet to reach its outer limits.

Barnett's partnership with May floundered soon after the single's release. For a time, he worked in the Metroplex studio, learning to engineer and mix from Juan Atkins before hooking up with vocalist Eric Campbell to form the Panic Boiz. The pair enjoyed only one release- "I Wanna Play With You"- though they recorded more than 20 songs together.

By the early '90s, Barnett had sequestered himself in his studio and begun recording on his own. As Subterfuge, he released the utterly gorgeous "Liquid Poetry" EP and contributed to Infonet's influential 313 DETROIT (1992) compilation. The material from this time still carried with it the freight of strange alienation which had been evident on "Nude Photo".

Several releases followed in '92 and in '93 with many making the "Single of the Week" column in England's NME before releasing his debut album SYNTHETIC DREAM (1993 Dutch Prime). Though the album lacked proper promotion many tracks made their way onto various compilations. At this point Barnett began DJing regularly in Germany and creating a cult-type of following which eventually led to the highly successful Detroit People Mover Tour '99 where he played a 25+ club tour throughout Germany & Switzerland finishing up at the Love Parade '99 playing to an audience of 1.6 million screaming techno-heads.

Barnett unveiled his own label VISILLUSION in 1996 with the release of the "Brotherhood of Blood" EP and following with several experimental releases. This period explored a leaner, funkier hybrid than his earlier Prime material. His '99 single, "Do Bionics Crystalyze?" topped many top German and UK DJs play lists and led to further European touring. Barnett’s DJing was becoming more popular back at home with residencies at several local dance clubs and many after-hours clubs, often playing 2 gigs a night Friday & Saturday. Helping to revive the downtown Detroit nightlife, Barnett was the resident DJ at Detroit's chic and upscale nightspot Pure Bar Room for its first year-and-a-half of business. This led to many other residencies and large events in and around the Detroit area including the Sunday night party series, Overdose, which has been running strong from August of 2000 up to the present.

In 2003 the readers of Real Detroit Weekly voted Thomas Barnett the best club DJ in Detroit. At the end of 2004 Barnett released “Thrill of the Hunt” on Poker Flat’s sub-label Audiomatique, topping many DJs play lists & receiving rave reviews & critical acclaim. With nearly a half dozen releases scheduled for 2009,

Barnett’s production work has him very busy. Look for Thomas in the ground-breaking documentary about the

It is not overstating the case to say that, without his input, the course of modern dance music at home & abroad, would have been very different.

m23 - Strike Anywhere Cover - Chorus of One - with Thomas Barnett

Thomas Barnett aka Subterfuge - Lord of the Sith

Thomas Barnett - Let There Be Light