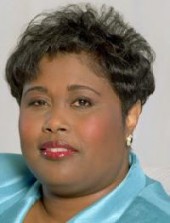 A native of Boston, MA, Battle has spent most of her career actively involved with the National Convention of Gospel Choirs and Choruses alongside artists such as Pastor Hezekiah Walker and Donald Lawrence. The NCGCC, founded by “The Father of Gospel Music” himself, Thomas Dorsey, allowed growth and exposure for Battle through teaching workshops and composing songs for the convention’s choirs. Her God given talent left lasting impressions on artists such as Donald Lawrence who refers to her as a “phenomenal songwriter [and] a blessing to the body of Christ!” Her work with the NCGCC and serving on the National Music Cabinet for ten years has paved the way for future work with The Winans, Shirley Caesar, Commissioned, Vanessa Bell Armstrong, Donald Lawrence, Jennifer Holliday, Israel Houghton, amongst others. In addition, Battle also holds songwriting credits for the Gospel Music Workshop of America Mass Choir, National Convention of Gospel Choirs & Choruses, Stellar award winning female group Witness, Clarence Powell, Daryl Coley Presents. Here II Praise , as well as her choral aggregation The Temple Worshippers. Battle's vast experience and overall knowledge of the gospel music industry has given her the reputation of being a walking industry encyclopedia in the New England area. If someone in the Boston area needs information about the gospel music industry, people will more than likely refer them to Freda. “In my city, I’m known as an authority for gospel music. I consider it an honor to have that type of referral.” Battle’s well-earned respect as well as serving as Music & Arts Pastor and worship leader for one of the largest churches in New England, the Jubilee Christian Church, and holding a 2 year stint as president of gospel label Axiom Records has opened doors for her to impart her wisdom and experience by teaching various music workshops national and internationally. With subjects such as Ministry of Music, the History of Music Ministry, Choir Directing and Biblical Teachings of Praise and Worship, Battle’s desire is to share her understanding on the importance of establishing a sincere atmosphere of worship. Freda Battle transitioned from a regional artist to a national artist with her debut release “Serious Praise”  in 2002 on Axiom Records, which garnered her a 2003 GMWA Excellence Award nomination for Contemporary Group of the Year. Her latest effort, the critically acclaimed “Here Is Our Praise” project released in 2006 with the production prowess of Grammy, Dove, Stellar Award winning  artist Israel Houghton, garnered Battle an even larger audience. "Here Is Our Praise" according to Gospelflava.com, was "One of the Strongest Albums of the Year”.

"For All You've Done For Me" - Freda Battle & The Temple Worshippers

Freda Battle & The Temple Worshippers - Bless The Name Of Jesus