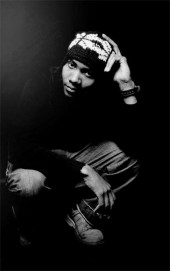 In the wake of Republican Governor Jan Brewer's appalling anti-immigrant law, me and Chuck D were rappin' and we decided to put together an update of his classic track By The Time I get To Arizona. Anyone who knows about hip hop from the early 90's remembers John McCain's unwillingness to endorse creating a local version of Martin Luther King's birthday. The update here is a 21st century look in the rear view mirror. The cliché that "those who don't learn from the past are doomed to repeat it" still holds sway in our hyper amnesiac culture. I remixed D.W. Griffith's infamous film Birth of a Nation with a bit of Public Enemy in mind, and later on, they named an e.p. with the same name as my project. Me and Chuck D have done several projects in the past around progressive, non knucklehead hip hop.

By the way, this is a mashup, and it's basically not really for sale. I just took a riff from Philly Sound (www.funkadelphiarecords.com), and flipped it. The result, is what you hear here. It's free, and open. No $!!

DJ Spooky At TATE Modern London 2010 from Nonlineari.nteractive on Vimeo.

The New Album and DVD by DJ Spooky

In Stores October 2009 on Thirsty Ear

The Secret Song– isn't really an album: it's a manifesto about the place of history in our modern collaged, scrambled, sampla-delic to the core, mega info overloaded digital culture. With references stretching from Thorstein Veblen's “Theory of the Leisure Class” and John Maynard Keynes classic in the ?eld of economics “The General Theory of Employment, Interest, and Money” over to hip hop's relationship to psychoanalysis and a la Edward Bernay's concept of the “manufacture of consent” – DJ Spooky's new album is a groundbreaking meditation on hip hop and electronic musics relationship to philosophy, economics, and the science of sound in a world where the steady drumbeat of the ?nancial meltdown has made music the last refuge of young people with less and less time and money. DJ Spooky's peer group of artists like DJ Krush, DJ Shadow, Cut Chemist, RJD2, DJ Logic, Amon Tobin, and Coldcut have all played with the idea of concept albums. With “The Secret Song” DJ Spooky looks to bands like Nine Inch Nails, and Radiohead for inspiration. As DJ Spooky likes to say "people - it's ALL about economics." Dig?

While prolific and highly regarded as a writer and conceptual artist, Paul D. Miller is probably most well known under the moniker of his "constructed persona as "DJ Spooky That Subliminal Kid". Miller has remixed and recorded with a panoply of artists ranging from

Metallica to Steve Reich to Killah Priest, and has performed in a uniquely wide variety of situations throughout the world. His latest CD - a compilation of classic reggage tracks - is In Fine Style, DJ Spooky Presents 50,000 Volts of Trojan Records!!!! Other recent releases are Drums of Death, with Dave Lombardo of

02 That Subliminal Kid vs. The Last Mohican

DJ Spooky That Subliminal Kid - Polyphony of One