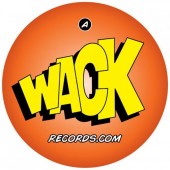 Here you can watch a short Video of the PulpFusion DJ Set Intro at the Open Air ST Gallen 2008, Switzerland, Bacardidome. I was doing a 2 hour DJ Set with DJMole. An Magic Moment!!!! ;-))

Please visit also my other PulpFusion-Pages:http://indiestore.7digital.com/pulpfusion/http://www.mx3.ch/artist/pulpfusionhttp://www.lastfm.de/music/PulpFusionhttp://stores.ebay.ch/Pulp-Fusion-RecordsFree PROMO MIXES for DOWNLOAD in my BLOGS:I was born 1974 in Switzerland (and im stil there!). I started playing electric guitar at the age of 11 or 12. At that time I listened (and played…) only Hard Rock and Heavy Metal. My first Band toked me with 15. 1 week later we did the first gig at school! ;-) At that time I started listening some strange music from Steve Vai, and I try until now to play that stuff! I have played in a few bands and gave with them a couple of gigs. In 1994 I heared about the Streetparade in Zurich. I have talked about with my Friend: “its all the same: Bum Bum Bum!” But I was really intrested in finding the reason about it (and seeing some thousands half naked girls dancing…) ;-). So one day later I had to go to this Event. And after that big big show we went to the Energy party. That was an incredible day that changed my life. Later I sold all my guitar equipment and bought a DJ Mixer and 2 Turntables. Started mixing some Acid House. That was awaysome, a cool time. Then, a few years later I started mixing some Goa Sound. This I did for 2 years. At that time I heard some really strange noises… ;-) After that, and after my son was born, I took an Time Out… ;-) Meanwhile I started listening some Really Deep Funk.    And during all this years I always listened some Prodigy (awaysome Beats, and a Power like Heavy Metal!). So I started remixing some stuff and produced my own Songs and Sound. And its always amazing to see, when I do a DJ Set with my Songs or Remixes, how people are going crazy about my sound! That’s the reason why I do it… ;-) I do a lot of diffrent styles, while im djing. ;-) REAL DEEP FUNK, JAZZ, ACID JAZZ, SOUL, BIGBEATS, BREAKBEATS, ROCK, CHILL OUT, PSY CHILL, NU JAZZ, 60's and 70's. But no worry, not all at the same Time! ;-))

PulpFusion Shows in the Past:

Other Artist Wrote about me:  SMOOVE: "killer pulp.  sounds like james brown drunk behind the wheel with hendrix in the back seat caught up in a high speed car chase trying to escape the police wich winds up crashing into an underground club at 4am! you dig?"FEATURECAST: “Im loving those new tracks! Any chance to send me some mp3s? Im in Australia, plaing with Omega Watts tonight, and would love to drop a couple ! “GOODGROOVE: „New tracks is madness, love it. Also some oft he others in youre player. “SMOOVE: „Yeah man, casserole fm remix is dope …like your new tune Rain Dance too verry Punk Funk, if the Stone Roses had some Funk they would sound like this!“Geoff Wilkinson from US3: “You need to take that mashup of CANTALOUP of youre Site immedialately or you will be hearing from my Lawyer!!! “SMOOVE: "yeah its cool. bit to rocky for me, i think my hairs growing verry long and my hands starting to play air guitar now!!! hahaha love that us3 comment! shame, they onla did one cool tune. hahaha laywer my ass."MONTEFIORI COCKTAIL: “Youre Sound is verry Groovy and Powerfully“MO’ HORIZONS : “Yes, like it! “NIGO: „Looooooved it man!!!!!!Fuckin Groovy!!!!!Gooood Job!!!!!Drinking a Beer for you now!!!! Alright???? ;-)“Sr DE FUNK:“ Yeaahhhh! I Like so much the new Track! Salud & Groove!“SAUSAGE RECORDS: „Tight, Soulful and Funky as Hell, BRAVO fort hat new track!“ - “Rrrreally Nice Stuff Here!!! Totaly Dig it, any vinyl comming up“?MOTHERGROOVE: „Yeah!!! So Funky and Dirty!!!! Great Groove Man!!“FUNKANOMICS: „Diggin the beats!!! Allerfeinste Funky Sahne hier… keeeeeeep it up Bro!“Dr. FUNKENSTEIN: „You really got the funk! And really nice new Remixes! Liket hat Born to be wild thing…“LEFTIES SOUL CONNECTION: „Really like youre Tunes“!!!CHRIS JOSS : “YEAH ! Great loop mashups man“ ! CUCUMBER : Yeah man ! Nice Beats !!!VALIQUE: „so you musthave arrived to a right point after so many stylistic affections ! ;-) “Dr. RUBBERFUNK : “Hey man, nice Beats here! Drums sound Dope! Did you get a new Venue sorted out? Still up for comming an play with you someday !!“UMBO: “Hey Bro! Youre tunes Rock, really like them ! “BASEMENT FREAKS: “Groovy Fresh Breakbeat! “QUASAMODO: “Great Tunes Dude! “TIMEWARP Inc.: “Nice Tunes on youre Profile! “VAMPISOUL RECORDS: “Verry intresting stuff! “FLUKE : “Loving youre Beats! “NATASHA WATTS: “I Like what you do, i had a listen. Verry Cool. Maybe we can sort something  out?“JAZZMADASS: „Wicket! Hard to keep the ass quiet! „KK: „ Sounds f ckin Great! Whats your’e Secret? Whats the PulpFusion Sauce???“MrsWHITE : „Verry Strange and Particular Music! I Like it! It would be nice to have you here in milan !“