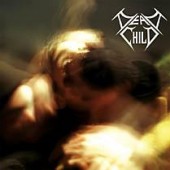 Location:
Louisville, Kentucky, US
Type:
Artist / Band / Musician
Genre:
Metal / Rock / Thrash
Site(s):
Site
Label:
Quarterstick / Touch & Go Records
Type:
Indie
BioConnections
Behold... The Arctopus
Jackson Guitars USA
Touch and Go / Quarterstick Records
LORDS
Deadsea
Blade Of The Ripper
Hawthorne Street Records
Headbanging Kill Your Mama Music
Upon first glance at its gruesome exterior, Dead Child appears to be a new creation. However, its jagged roots extend deep into the past, with a history that holds almost a century of collective experience. It all began when, as youngsters growing up in Louisville, KY during the 70s and 80s, the evil riffs of the heaviest bands were like voices beckoning them to a darker side. Thus began a long, downward journey into the abyss.

As the members aged, the effects of their constant search for fresh sounds took its toll, both mentally and physically. Some sought counseling. Others turned even further inward and found their maladjustment manifesting in physical ways.

Hopelessly searching to cure bad parts and old limbs, Dead Child made many misguided visits to the Louisville Prosthetic Suppliers. Met with either anger or apathy, their attempts always ended with another door slammed in their faces.

Being turned away left them feeling hopeless and hollow. The world grew darker. They gradually became more and more disoriented until their surroundings blurred, spinning out of control. Days and nights became a single endless moment. Unbearable pain was the only thread that connected light and dark. Each member, independent of the others, went back to his metal roots in an effort to feel grounded in a doomed world.

Suddenly, a ray of light broke through the grey: Quarterstick Records appeared with an extended hand. They covered the extensive medical bills, and the band was given the prosthetics and physical therapy they so desperately needed. All the label asked for in return was a full-length record.

Dead Child graciously responded with "Attack"; a violent, 48-minute statement of intent. Neither withered appendages nor mangled muscle could restrain their venomous assault.

Embarking on that blackened path many years ago has led to this: Dead Child has created a five-headed Frankenstein that now walks among the living.

Gods not dead (No! He is alive) Lyrics

Kids Worship Songs: Christ Is Risen From The Dead

Dead Can Dance - Children Of The Sun.wmv

Dead Child Star - This is Easy