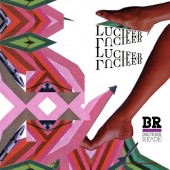 Location:
US
Type:
Artist / Band / Musician
Genre:
Rap / Hip Hop
Site(s):
Site
Label:
Record Collection
Type:
Indie
BioConnections
No Age
Autolux
boom bip
Mika Miko
AUTOPASSION
Despot
Hangar 18 & Rob Viktum
Them Jeans
TEARDROPS
Jams F. Kennedy
N.A.S.A.
Bobby Evans
PATCHWORK PIRATES
GTFU Radio
Desert Eagles
Number 3 Records
One MC and one DJ: It remains the most elemental group set-up in hip-hop. Plenty of classic acts have sprung up from this duo design: Eric B & Rakim, LL Cool J & Cut Creator, and DJ Jazzy Jeff & The Fresh Prince are but a few. As the great art of hip-hop has evolved over the years, however, the pairing-up process has become more identified with studio collaborations: RZA scoring Method Man's immortal first album, and Timbaland's future-forward productions for Missy Elliot. Now a group has arrived that combines the best of both. Meet Jimmy Jamz (MC/lyricist) and Bobby Evans (DJ/producer), purveyors of both body-rocking live shows and recorded creations that repay headphone-strapped scrutiny. Together, the two are known as Brother Reade. And the fresh fruit of their labor is the album you hold in your hands: Rap Music.

These days, Brother Reade make Los Angles home. But their shared roots go back to Winston-Salem, North Carolina, the NASCAR-and-nictotine-stained southern city where they met in adolescence. Jamz was a singer in a punk band in need of a drummer. Enter Evans, a natural born rhythmatist who'd just seen the movie Juice for the first time. Discovering their mutual passion for hip-hop, the pair began to develop their skills in secret, a self-imposed apprenticeship that they now agree may be the smartest thing they ever did. "We always communicated well," Jamz says, "even while our friends made fun of us because we spoke our own language. Our similar senses of humor and style were there from the get-go, and our natural chemistry has continued to deepen."

That chemistry supersaturates the grooves of Rap Music. "Back to the beginning/ rap's first inning/ penny on the needle with the turnstile spinning," Jimmy Jamz flows on the album's explosive opener "Let's Go." Meanwhile Bobby Evans combines rib-rattling snare hits and bass kicks, flying in a sonic hook that sounds like a spaceman's thermos boiling over on the sun. The song is notable for introducing the album's underlying theme: If you know your history, you can take the hip-hop to its next evolutionary step while keeping the essence intact. Or to put it another way: If hip-hop had its own Truth-in-Labeling Award, it would go to Rap Music.