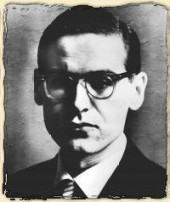 Bill Evans is one to the most influential pianists in modern jazz. His introspective lyricism and subtle Western classical flourishes have influenced a legion of jazz pianists. He also broke new ground with his piano trios, expanding the roles for the bass and drums.

Evans studied classical music and composition, but started playing jazz in the 1950s. He began recording in 1956, and in 1958 was invited to play piano for the Miles Davis quintet. Davis and Evans shared an interest in European composers and together they experimented with structure and improvisation, resulting in the classic and influential album Kind of Blue. Evans left the quintet and founded his own trio, worked with several different combos and continued to experiment. A popular and critical success, he recorded dozens of albums, including Everybody Digs Bill Evans (1958 ) and Conversations With Myself (1963), in which he accompanied himself through double- and triple-track recording. Today he is considered one of the most distinctive and influential jazz pianists of all time. More about Bill Evans at All Music Guide

Monica Zetterlund with Bill Evans Trio - Some Other Time