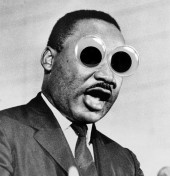 Location:
the Electric City, New York, US
Type:
Artist / Band / Musician
Genre:
Indie / Americana
Site(s):
Site
Label:
Make Your Fate Records
Type:
Indie
BioConnections
Secret Secret Dino Club
Mathematicians
Charlie Everywhere
Dust From 1000 Years
Parwana
tone pony
Sgt Dunbar and the Hobo Banned
Margan & The Red Lions
franny
BEWARE! the Other Head of Science
Punch the Pilot
Make Your Fate Records
We are Jeneric
Next the World
ZAHNARZT
It is a period of civil war. Rebel spaceships, striking from a hidden base, have won their first victory against the evil Galactic Empire. During the battle, Rebel spies managed to steal secret plans to the Empire's ultimate weapon, the Death Star, an armored space station with enough power to destroy an entire planet. Pursued by the Empire's sinister agents, Richard races home aboard his starship, custodian of the stolen plans that can save his people and restore freedom to the galaxy.

Somewhere along the way songs were written.

We're so crazy, we'll kick your heads in. We appeal to the teens.

Awareness against drug abuse || jBrom - Picture on the wall

Taking Back Sunday - You Know How I Do (Live From Bethlehem)

"You Know How I Do part2 Taking Back Sunday

"You Know How I Do" Taking Back Sunday

Taking Back Sunday - You Know How I Do