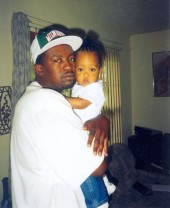 This Event Focuses on Unity within Our Hip-hop Community and Family. So Bring the Kids there Will be Games/ Entertainment for them as Well

Come Support and Always Remember It's hard Enough Trying to Make it when the Odds are Stacked Against You as a People. Stop Tearing Each other Down and Let's Build an Empire

Born and raised in Newport "Bad Newz", Virginia, Quincy "Abu the Butcher" Jones made a powerful impact in the underground hip-hop scene. Abu began his hip-hop career in 1992 after hearing another local rap artist named Dolo, who would later become a member of their group BorNaturals. In 1993 Abu joined the group and produced a demo track with group member DX entitled Break It Down in 1994. Break It Down gave the Bornaturals much credibility and notoriety locally, and prepared them for greater things to come. The Bornaturals continued to grow with additional members joining the group, Dolo & Naheem in 1994, and I-god in 1995. The Bornaturals released another single called Tear Gas in 1997, and began to sell tapes & CDs locally creating a bigger buzz. In 1998 they released an EP called Let Us Move On, selling multiple copies thru Mom & Pop stores. Their most notoriable song called Make U Feel It, was their first single to receive major air play on such stations as 103Jamz (WOWI), 92.1 the Beat, WHOV, and WNSB. Independently making moves for themselves BorNats put out a 2nd Cd which was called Shits Official that had a few singles that got air play from local major and college radio stations. The BorNats grind created a big enough buzz to have them doing shows in and out of state. Life has trials & tribulations, and the BorNats are definitely no strangers to the slings and arrows of outrageous fortune. In 1997 DX was shot six times by NNPD in a traffic stop, and managed to survive with blessings of the most high. But two other members of the group were not as fortunate. In 1999 I-God died in NNPD custody, and Abu da Butcha died December 16, 2003 from a stray bullet aimed for someone else. Before passing Abu was working on his solo album called, "It's My Time". Proving repeatedly that he was ahead of his time his music is still being played in the streets and he continues to have fans requesting copies of his album to this day. Abu leaves behind a beautiful daughter and a fiance, Abys, that will always love him! I put this page together to allow others to enjoy his music and talents as well as allow those that knew him to leave comments about his legacy. Abu the Buthcer, a son, a father, an artist, a Hip-Hop Pioneer!!! We Miss You!!!!

'Breaking' -- The Butcher of Vatican City

Philosophy of killing - The Hound