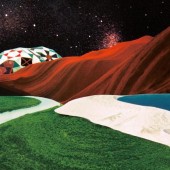 Type:
Artist / Band / Musician
Genre:
Funk / Breakbeat / Down-tempo
Site(s):
Site
Label:
catune,morec.
Type:
Indie
BioConnections
The Cheebacabra
RSD
Ackky
catune
morec.
Joshua LaRue
Aja West
A solo project by the Japanese artist/producer K.Saito first showcased in March 2009 at the SXSW MUSIC convention in Austin, Texas. This was followed by the release of the album, 'SELF TITLED', on NYC based WAX POETICS magazine's WAX POETICS RECORDS label. The album's mix of electric fusion and boogie as well as high production values gained Saito both fans and critical acclaim around the world, including many well known names within the world of music.
Throughout 2010 he continued to build on his reputation in Japan and worldwide as a producer and remixer with a mixture of hip-hop disco and house styles through his CATUNE/9dw label. This included the RMX album project made in collaboration with Tokyo based DJ CHIDA's ENE RECORDS and involved contributions from a wide range of DJs, bands and producers. The energetic party music/dance vibe of this record has led to the development of a new live show playing at numerous dance music events with a focus on an analog synth sound.
"Clearly a gifted group of musicians that give good reason to be excited about the future of funky hybrid music"
Aja West (CEO Mackrosoft LLC Conductor/Composer/Producer)
"Consistently dope from beginning to end.Satisfies like a coconut popsicle on a warm summer's day"
The Cheebacabra (Mackrosoft,Dust Brothers)
"The new recording from Tokyo's 9dw is a true audio diamond.Catchy,interesting,and good for dancing"
Joshua Larue (Him,Played Tomorrow)
"it's very fresh and crisp, a great piece of work.the guitar and keyboard sounds are so rich , i like to listen when i drive!!"
Rob Smith (RSD)
"Really unique work from this hip Japanese combo. There's a nice sense of warmth to the whole record. kind of a combination of the core essence of 70s fusion with a slight 21st Century vibe!"
Dusty Groove
"Spacey electronic jazz-fusion from the Land of the Rising Sun! thirteen cuts that make fusion fresh again"
Wax Poetics

9DW 'Right On (Mushrooms Project Remix)' (Is It Balearic?)