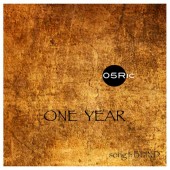 IS ONE OF THE MOST TALANTED DRUMMERS I HAVE EVER SEEN, HE IS THE KIND OF CHAP WHO WOULD SOUND AWESOME WITH THREE SAUCEPANS AND TWO TWIGS."

".Your CD gets better with each play - really love it. I know you're a drummer, but that voice is truly excellent too" M Crookes UK, November 2006

" hiya its james who ordered your cd the other day, simply amazing music, worth every penny! " James Atkinson UK, December 2006

"Your playing/music is good enough to eat everyday for a month totally satisfying and nutricious." Amanda Carr, September 2006

You're like Bill Bruford and Tony Levin all in the same guy. Nice work!!!." Jason McNamara Australia, September 2006

"Amazing amazing stuff. What a talented musician. The tracks are cool as shit" Jason Furman, October 2006

"Love the music here! Your drumming is incredible! The rythms are spectacular!" T. DavisGuitar USA, October 2006

"Incredible and Original. Would Love to see this Live" Billy Schools US, September 2006